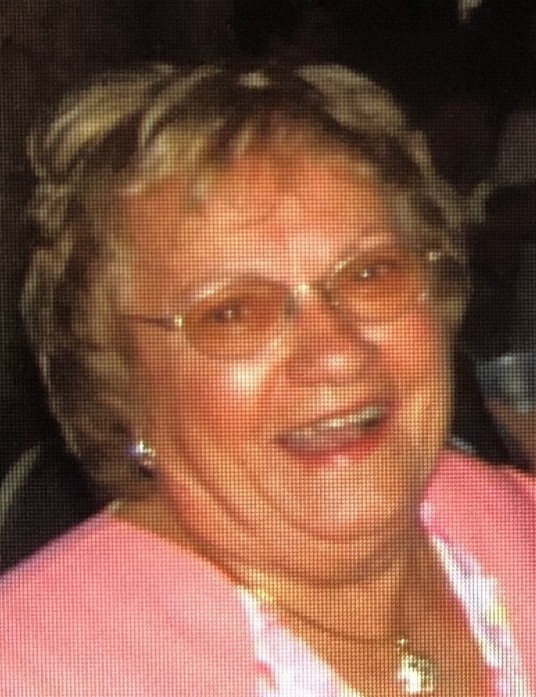 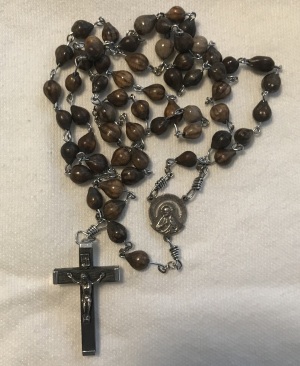 Elizabeth "Betty" Charlotte (nee Ruettiger) Joutras Brewer, age 93, passed away peacefully on Monday, September 28, 2020 in Squires, Missouri, with her family by her side.

Born on June 2, 1927, Betty was a daughter of Eugene and Theresa (Sievert) Ruettiger.

Betty grew up on her parents' 160-acre farm in New Lenox Township, Joliet.

She was a graduate of St. Bernard Catholic Grade School and St. Francis Academy.

After high school, Betty worked at the Texas Co. (Texaco Oil Refinery) in Lockport until her marriage to Louis A. Joutras on August 5, 1950, at St. Bernard Catholic Church, Joliet. Together, they raised their seven children in New Lenox Township, Joliet.

Betty retired from Will County Circuit Clerk’s office after 13 years of dedicated service.

Betty was a devout Catholic. Her deep faith and daily recitation of the rosary helped her to weather many difficult trials.

On February 26, 1983, Betty married William E. Brewer.  Working together, they enjoyed home improvement projects: remodeling bathrooms, building a barn and adding on a sunroom.  Some of their favorite pastimes included riding bikes in Indiana, Wisconsin, Michigan, and Missouri as well as cross country skiing.  Betty had a passion for collecting antiques and decorating.  After retiring in 1997, Betty and Bill moved to the Ozarks in Squires, Missouri and then traveled extensively to the east and west coasts,  Alaska and Mazatlan Mexico.

A local visitation will be held on Tuesday, October 6, 2020 between the hours of 4:00 P.M. and 7:00 P.M. at Blackburn-Giegerich-Sonntag Funeral Home, 1500 Black Road, Joliet, IL 60435. Funeral services will follow on Wednesday, October 7, 2020 at St. Bernard Catholic Church for a Mass of Christian burial, Bishop Joseph Siegel and Rev. Jeff Stoneberg officiating.

Betty will be laid to rest in Resurrection Cemetery, Romeoville, IL.

In lieu of flowers, Catholic Masses are requested for the repose of her soul.  The online guest book can be accessed at www.Plesefuneralservices.com.

Face masks and social distancing will be observed with a maximum of 50 people in the funeral home and at church.

Due to limited seating capacity for the funeral Mass, relatives and friends are invited to  watch the live stream on Wednesday, October 7, 2020 starting at 10:00 A.M. by logging onto her memorial page.

Funeral services and arrangements have been made under the genuine care and direction of Kenneth A. Plese, in Joliet, IL 815-735-2125 .

To order memorial trees or send flowers to the family in memory of Elizabeth Joutras-Brewer, please visit our flower store.