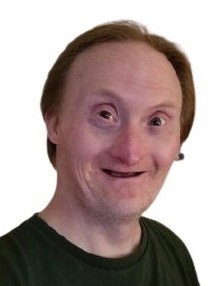 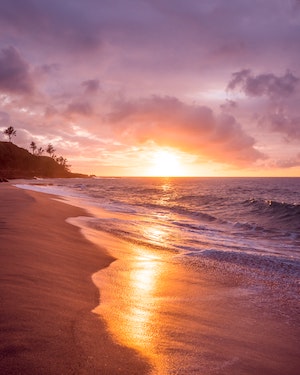 Age 57, of Elwood, IL passed away peacefully at his home surrounded by family on Wednesday, March 24, 2021.

Born with Down Syndrome, neither he nor his family let his diagnosis define him. He did everything the family did, right down to whitewater rafting and windsurfing. He was well known in Spring Green Subdivision and always made friends wherever he went.  After graduating from Joliet Central High School in 1984, John became a client of Cornerstone Services where they helped him gain independence and live a fulfilling life.  His favorite program was Lotus Art Studio, where staff lovingly fostered his ability to create. He cherished the friendships he made through his 33+ years there.

John had an infectious (and sometimes mischievous) smile. He had a deep love for music which often broke out into spontaneous dancing and singing sessions. He was a confessed chocoholic and no Reese’s was safe if he knew where they were hidden.  He loved spending time with his family and enjoyed teasing his nieces and nephews. He often lectured them on their untidy ways after he lovingly rearranged their rooms to the point that nothing was in its original spot.  A few of his favorite topics of conversation were: getting engaged, graduating from high school, or buying a “blaptop.” John was truly a joy and precious gift to all those lucky enough to spend time with him. He taught everyone around him to be accepting of every person for who they are, not for as they wished them to be.

He was preceded in death by his mother Charlene Poloskey (1977) and his father Joseph Poloskey (2018).

The family would like to extend a special thank you to John’s Joliet Area Community Hospice caregivers: Shanna and Pam, and to everyone at Cornerstone who helped look after John over the decades.

Preferred memorials may be made as gifts in John’s memory to: Joliet Area Community Hospice or Cornerstone Services.

Private services were held. John will be laid to rest with his parents in Woodlawn Memorial Park Cemetery, Joliet, IL.

Friends may sign the online guest book by logging onto: www.PleseFuneral.com.

To order memorial trees or send flowers to the family in memory of John Poloskey, please visit our flower store.